While some call Amazon “the best thing to happen to storytellers since the invention of movable type”, the big book publishers see the online retailer as more of an immovable object. 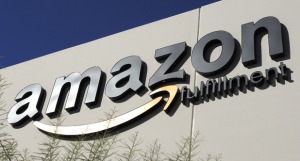 Amazon have reportedly been playing dirty in their negotiations with publishers about contract terms. The latest episode involves one of the world’s largest publishers Hachette, who has been in talks with Amazon since January about the terms of their ebook sales contract.

There are reports of Amazon removing retailer discounts and pre-order buttons on Hachette titles, slowing delivery times on Hachette print books, and appealing directly to Hachette authors have been the talk of the publishing world. One of the major sticking points appears to be Amazon’s insistence on having the authorisation to print copies of Hachette books via print-on-demand facilities at Amazon warehouses if they are out of stock.

But the main disagreement is about ebook pricing. Publishers are attempting to keep ebook retail prices at a level comparable to print books pricing, whereas Amazon wants lower priced ebooks in order to sell higher quantities.

Amazon says that “Many e-books are being released at $14.99 and even $19.99. That is unjustifiably high for an e-book. With an e-book, there’s no printing, no over-printing, no need to forecast, no returns, no lost sales due to out-of-stock, no warehousing costs, no transportation costs, and there is no secondary market — e-books cannot be resold as used books. E-books can be and should be less expensive.”

Publishers often make the argument that the cost of producing ebooks is exactly the same as producing a print book, up to the point of distribution. Yet the costs and risks of producing stock is a minor factor in the face of the intrinsic cultural value of books, no matter the format.

What publishers are really trying to preserve is their relevance and capacity as cultural gatekeepers. This is a valuable societal contribution, no matter how you regard the most recent torrent of technology-enabled self-publishing.

Read on at SBS where they’ve allowed me to opine on publishing feelings at length.

These are my tweets